Most days, Tyler Bruinsma, a third-year medical student at Penn State College of Medicine, wears a short white lab coat while rounding with residents, attending physicians and patients at Penn State Children’s Hospital. But several times each year he wears a different uniform, bringing smiles to hospitalized children while dressed as a superhero.

“I’ll never forget the first time I wore a Mr. Incredible costume,” Bruinsma says. “I saw this 4-year-old girl, and her eyes lit up. She talked to me about all the Incredibles figures she had at her home. It was a magical feeling.”

“I started BraveCubs because I wanted to develop a program that brought happiness to hospitalized children and gave medical students the opportunity to volunteer in the community, interact with pediatric patients, take on leadership roles and spread their wings,” Burns says.

The organization’s name pays tribute to the child-size version of the Penn State Nittany Lion mascot. “It also recognizes the bravery of hospitalized children and children in our community who deal with chronic illnesses,” Burns says. The Department of Urology at Penn State Health Milton S. Hershey Medical Center sponsors the group, with grant funding courtesy of Children’s Miracle Network Hershey. 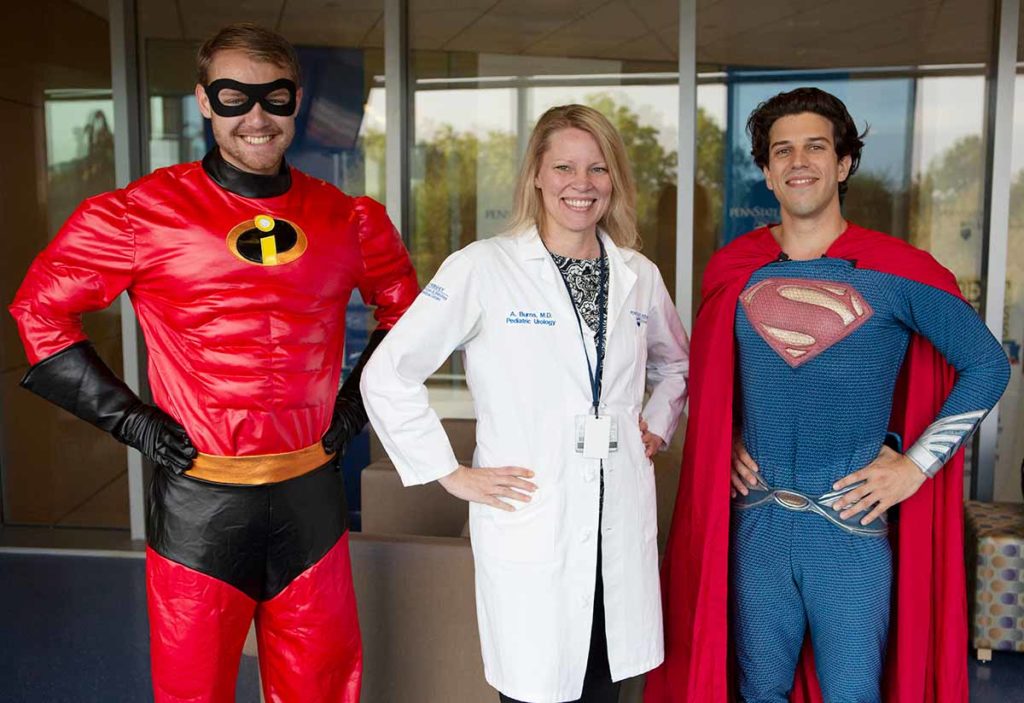 Bruinsma began volunteering with BraveCubs in his first year of medical school. Today, in addition to moonlighting as Mr. Incredible and Captain America, he’s the organization’s chief executive officer, leading outreach events such as tea parties, “Hot Dogs with Heroes,” charity walk and runs. BraveCubs also raises money to support other causes such as THON, a philanthropy run by Penn State students.

During the COVID-19 pandemic, Burns and Bruinsma helped BraveCubs transition its outreach into virtual events. “We met with children over Zoom and used Facebook Live to do story-time readings from superheroes and princesses,” Bruinsma says. Medical students also participated in flu shot clinics and other outdoor events during the late summer and early fall of 2020, wearing masks and maintaining proper social distancing at all times.

He recalls an event where medical students visited children with hearing difficulties, and one of the students—who wears a cochlear implant—spoke to the children using sign language.

“BraveCubs gives us a sense of purpose,” Bruinsma says. “It allows us to provide a level of care we otherwise wouldn’t as medical students. To know that a child is going home thinking about how cool it was to see Olaf from Frozen—as opposed to how scary it was to get stitches—is so rewarding.”

Medical students’ involvement with BraveCubs goes beyond playing a costumed character. Burns encourages students who don’t want to dress up to contribute instead as photographers, videographers, video editors and social media editors, or as “character escorts” who wear white coats and introduce the superheroes and princesses to the children. “I’m very proud to watch my students grow, volunteer and take a leadership role,” she says.

Event feedback forms anecdotally show the level of satisfaction medical students and participants get during BraveCubs events. During a February 2019 lunch at the Children’s Hospital’s Tree House Café designed for the hospital’s providers and their children, one provider expressed his appreciation for including his family in the event. During a Halloween parade in the hospital later that year, a medical student serving as a BraveCubs photographer looked up from her camera and said, “This is my wellness.”

Burns is currently collecting quantitative data to show the impact BraveCubs has on the wellness and self-confidence of participating medical students. But there’s no denying the way the group touches children and its founder. “As a physician and a parent myself, seeing our student characters interacting with children makes me happy and proud,” Burns says. 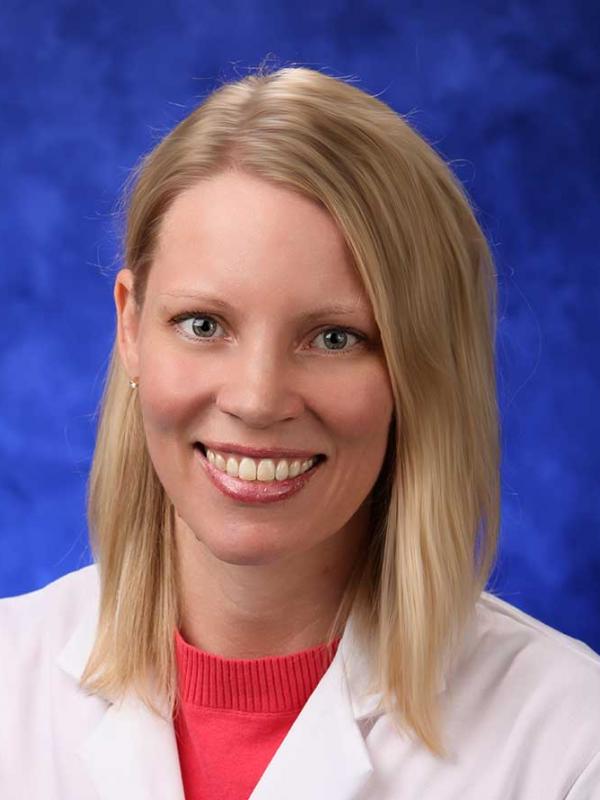