The role genetics play in the development of certain types and subtypes of cancer has been understood for years. But new research done by Dr. Hong Truong, a urologic oncologist at Penn State Health indicates additional genetic testing among patients with certain genitourinary cancers often reveal an increased risk of developing other cancers that current testing guidelines miss.

“Previously it was estimated that about 5% to 10% of cancers are caused by genetics, but now, with easier access to genomic sequencing and cheaper genetic testing, we have found that more and more patients who did not know that they had a genetic predisposition to cancer in fact carry genetic mutations that can cause them to have higher risk of developing [other types of]cancer,” said Dr. Hong Truong, urologic oncologist, Penn State Health Milton S. Hershey Medical Center, and assistant professor of urology, Penn State College of Medicine.

“Any patient with early onset kidney cancer should undergo comprehensive genetic risk assessment, regardless of family history or other factors, including cancer pathology,” Truong said.

Patients who have certain genitourinary cancers may find advanced genetic counseling can help them weigh their risks and determine the next step.

“I think providers need to know that there are certain cancer diagnoses that should result in an automatic referral for genetic counseling and testing,” said Dr. Maria Baker, professor of medicine, Division of Hematology and Oncology, Penn State College of Medicine, and director of the Cancer Genetics Program at Penn State Cancer Institute. “The potential benefit of looking into this information is that if we identify a hereditary predisposition, based on what we know about that gene, it could alert us if the patient needs to be watched more closely. We could be proactive regarding another potential cancer risk.”

Additional research from Truong also found a need for expanded genetic testing in patients with prostate cancer.2 While some men with advanced cancer qualify for targeted therapy based on certain genetic mutations in their tumor, testing usually doesn’t go beyond the tumor itself. Under current guidelines, 50% of men who have germline mutations do not meet existing genetic guidelines for the respective genes.

“This means you don’t really know whether the DNA mutations belong to the tumor or the patient,” Truong said. “And if it’s an inherited mutation, they can pass it to their children, so we recommend that patients who undergo tumor sequencing for the purpose of selecting potential therapies are also referred for germline genetic testing. Knowing if you or your family members have an inherited mutations that predispose to cancers has clinical implications, including cancer screening, surveillance, and family planning.”

Lynch syndrome is associated with several hereditary cancers, but currently there are only established guidelines for molecular testing of endometrial and colorectal cancer.

“Patients with upper tract urothelial cancer are not currently being screened for Lynch syndrome, despite it being the third-most-common type of cancer associated with the syndrome,” Truong said.

Research she presented at the 2022 American Society of Clinical Oncology Genitourinary Cancers Symposium underscores the need for new genetic screening guidelines for these patients.

“About half of these patients would not meet current guidelines for screening, so Lynch syndrome would go undetected. But screening for Lynch syndrome is important because these genes are highly penetrant — if a person has a mutation, there’s an 80% chance that they will develop one of the cancers associated with Lynch syndrome,” Truong said. “And if they live long enough, they may develop a second cancer, so we need to be vigilant about screening them for that second or third malignancy.”

Penn State Health implemented a universal screening program for Lynch syndrome in colorectal cancer in 2014 and in endometrial cancer in 2016. An updated policy to direct screening for upper tract urothelial cancers is in process.

“We can cure that patient of their current diagnosis, but if we miss the fact that they have an increased risk for another type of cancer, then we haven’t done our job as well as we could have,” Baker said. “Genetic testing allows us to look at the whole picture, beyond the patient’s external risk factors and family history. And if they do test positive for Lynch syndrome or other predispositions, we can help them manage their risk via lifestyle changes, enhanced surveillance, chemotherapy prevention, or even risk-reducing surgery.”

Since Dr. Baker helped launch the Penn State Cancer Genetics Program in 1998, she said there’s  been a significant increase in demand for its services, as awareness continues to grow and recommendations change.

“We now have a team of six genetics providers who can see patients concerned about any of a variety of different cancers, not just genitourinary cancers,” Dr. Baker said. “Individuals who are concerned about their personal or family history can take a risk assessment survey on the Cancer Institute website and immediately learn whether they should consider genetic counseling. At the very least, if you have concerns about your personal or family history of cancer, talk with your healthcare provider.”

“Not every patient who is referred for genetic counseling gets genetic testing, but this way they can meet with someone who can review their detailed family history and give them guidance,” Truong said. “Genetic testing has also gotten remarkably cheaper, even when it is not covered by insurance, so I would not let cost be a deterrence to getting access to this care because it’s just so important.” 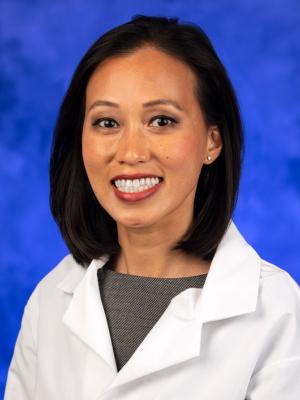 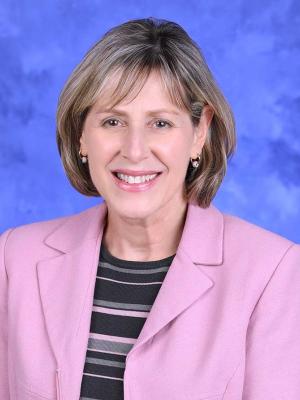