Robotic surgery is now a popular standard among the various minimally invasive procedures used to treat benign and malignant urological conditions, but in recent years the technology has evolved rapidly.

To further minimize the surgical morbidity of surgery, the concept of single port surgery was proposed, and in 2018, the FDA approved the application of Intuitive Surgical’s da Vinci SP® in single port urological procedures. Aminsharifi said the new, purpose-designed single port robotic platform features a single robotic arm docked to a 25 millimeter multichannel port that enables surgeons to perform surgery through a single one-inch incision.

“The main modifications of the da Vinci SP include the instruments’ design and articulated scope working simultaneously in only one trocar,” Aminsharifi said. “Unlike conventional robotic systems where they require four independent trocars placed in different positions, the SP system has a single port, housing three biarticulated instruments and a flexible scope.”

Additionally, as the robot’s double articulating instruments and camera all pass through the same port, the surgeon can configure the instruments into a “Y” or triangle to minimize arm collision during surgery and expand their workspace. These benefits are especially valuable as they resolve two of the main disadvantages of LESS. The new robot is also less bulky than conventional robotic systems and can be easily transferred as a single unit to other areas of the abdomen.

In a study published in the Journal of Urology, Aminsharifi and his colleagues noted perioperative outcomes are significantly better when the peritoneal organs are spared from the surgical field. Less postoperative pain, a narcotic-free postoperative course of care and quicker recovery are more likely.1 In another study, published in The Journal of Endourology, many patients were able to go home the same day following single port radical prostatectomy, with more than 80% of single port radical prostatectomy patients discharged a few hours after their procedure.2,3

The limited working space of conventional multiport robotic systems makes them difficult to use on small, pediatric patients. Due to the non-bulky configuration of the da Vinci SP robotic system, surgeons are expanding its use to children. For example, kidney surgery is possible through a small Pfannensteil abdominal incision, offering these patients a minimally invasive procedure with a quick recovery.4

“For patients, the single-port robotic surgery allows a less morbid surgical procedure with a faster recovery,” Aminsharifi said. “For surgeons, it would expand the surgeon’s armamentarium and offer a new and innovative approach to treat patients. For healthcare systems, it helps to minimize the use of narcotics and reduces costs through a short hospital stay after surgery.” 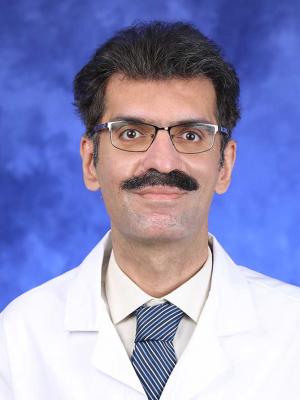