Approximately 3 million U.S. adults have been diagnosed with inflammatory bowel disease (IBD), either Crohn’s disease (CD) or ulcerative colitis (UC), according to the Centers for Disease Control and Prevention.¹ Abdominal pain is common in IBD and frequently drives patient and provider decision-making about testing and treatment. However, a surprising number of patients report little to no symptoms, including abdominal pain, even during periods of significant disease activity. When this occurs, patients are described as having “silent IBD.”²

To better understand the mechanisms that cause silent IBD, a research team, led by gastroenterologist Dr. Matthew Coates with Penn State Health Milton S. Hershey Medical Center, is performing a four-year National Institutes of Health grant-funded study which aims to identify a root cause of silent IBD.

For providers and patients, silent IBD is both mysterious and concerning. Because traditional symptoms such as abdominal pain are not present, silent IBD patients are more likely to go untreated and to develop significant complications—including bowel strictures, fistulas and abscesses—that eventually require hospitalizations and extensive surgeries. “Silent IBD is probably much more common than most providers — even gastroenterologists — realize,” Coates said. It affects up to a third of IBD patients2,3.

Also troubling, according to Coates, is that medications commonly prescribed to treat pain in IBD are frequently ineffective or counterproductive, particularly because they were not designed with the specific needs of the gastrointestinal tract in mind. For example, opioids, in

addition to being highly addictive, can lead to a variety of problems, including constipation or narcotic bowel syndrome (a condition associated with the development of worsening abdominal pain despite escalating doses of medication). Nonsteroidal anti-inflammatory drugs (e.g., aspirin, ibuprofen, naproxen) can cause gastrointestinal changes that may mimic or initiate IBD flares. 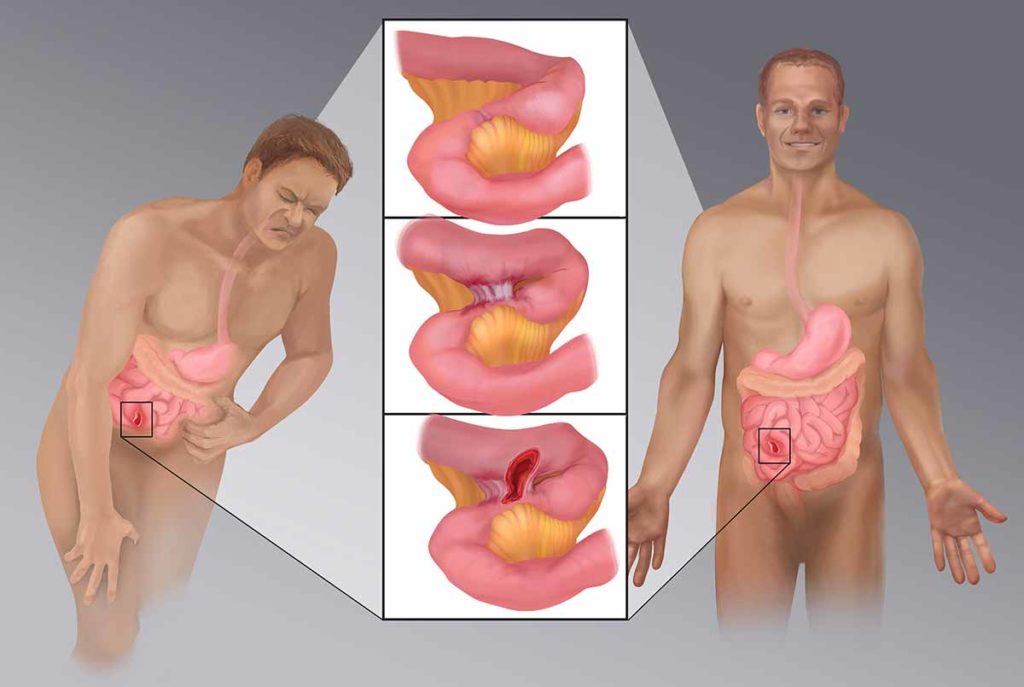 Finding better therapies may start with identifying the root cause of silent IBD. Evidence suggests that voltage-gated sodium channels (VGSCs) could play an important role in pain perception throughout the body, including the gut.4 Previous studies have indicated that silent IBD patients who reported little to no abdominal pain were much more likely to be homozygous for a particular mutation (rs6795970) in the gene for NaV1.8, a VGSC particularly associated with pain-sensing neurons, including those associated with the gut.¹

Coates and his team will test that preliminary research. Their study, currently underway, hypothesizes that NaV1.8 is critical for mediating visceral pain perception, and that rs6795970 leads to its dysfunction, resulting in reduced perception of noxious (i.e., painful) signals in IBD (and in general).

To test the hypothesis, Coates and his team will:

Patients have already been recruited for the study and have agreed to undergo genetic testing to see if they have this polymorphism.

Coates credits the expertise and dedication of his colleagues and the resources available at Penn State as being critical to allow this investigation to move forward. “I am very lucky to have the opportunity to work with an outstanding group of co-investigators at the Milton S. Hershey Medical Center and Penn State College of Medicine, including Kent Vrana (chair, Department of Pharmacology), Victor Ruiz-Velasco (professor and associate chair for basic science research, Department of Anesthesiology and Perioperative Medicine), Dr. Piotr Janicki (professor, Department of Anesthesiology and Perioperative Medicine), and Dr. Ann Ouyang (professor, Division of Gastroenterology and Hepatology)”.

As home to the only dedicated IBD Center in central Pennsylvania, Penn State Health is uniquely suited to perform such research. “Our center cares for more than 6,000 patients in the region,” he said. The center has a surgical and medical IBD database and biorepository, started by Dr. Walter Koltun, division chief, Colorectal Surgery and IBD Center, that allows it to undertake studies like this. “None of this would have been possible without the work of Dr. Koltun and other members of the IBD Center, including Drs. Gregory Yochum, Kofi Clarke, Andrew Tinsley, Emmanuelle Williams and Nana Bernasko,” Coates said.

And while Coates hopes this study helps to more efficiently and effectively diagnose silent IBD—and eventually develop more efficacious treatments—he also sees other future applications. “There is tremendous potential for not only reducing the complications silent IBD patients face, but also for better understanding how to manage abdominal pain across many gastrointestinal conditions,” he said. 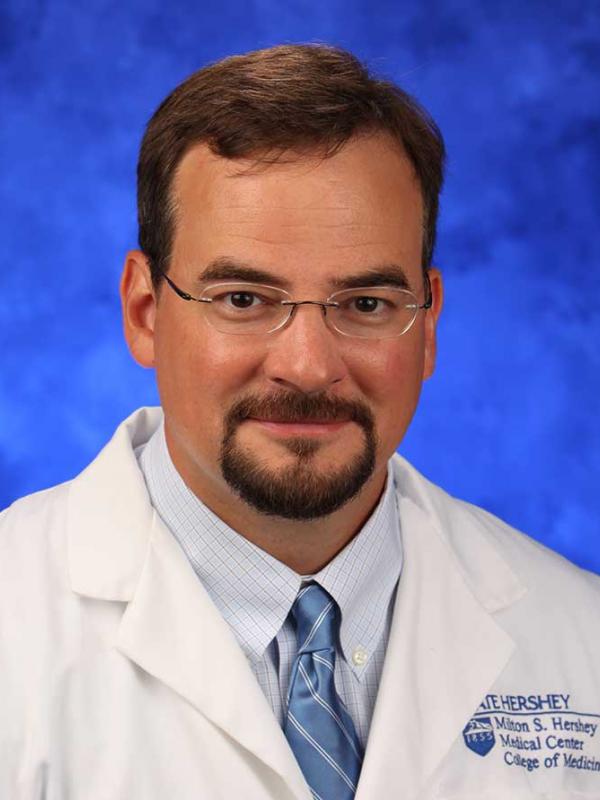