Fecal incontinence (FI) can be embarrassing and significantly affect a patient’s quality of life. The disorder, which affects millions of Americans, is most common in women and elderly people. The exact prevalence of FI is unknown, which likely is due to underreporting caused by stigma, but it is the second-leading cause of nursing home admission among the geriatric population. FI rates also appear to be on the rise, with the public spending millions of dollars every year on adult diapers.¹

Dr. Audrey S. Kulaylat, a surgeon in the Department of Colorectal Surgery at Penn State Health Milton S. Hershey Medical Center, uses sacral nerve stimulation (SNS) — an implantable neuromodulation device — to improve treatment outcomes for patients with FI. While SNS is not appropriate for all causes of FI, it can be life-changing for some.

Fecal incontinence can result from:

SNS is not indicated for fecal incontinence from CNS lesions and is typically only considered for patients who suffer from at least several episodes of FI per week. Prior to considering surgical implantation of SNS, conservative measures should be exhausted.

Patients should be up to date on their colonoscopy, and further testing to rule out underlying causes of FI should be considered prior to SNS implantation. If no clear issue is noted on the clinical exam, further testing may include defecography, anorectal manometry and ultrasound to evaluate the sphincter.

“Sometimes people have fecal incontinence because they have really bad hemorrhoidal disease or rectal prolapse, and these underlying etiologies should be addressed prior to further consideration of surgical management because they might actually improve once you fix the underlying issue,” Kulaylat said.

SNS was FDA-approved to treat FI several years ago, but prior to this, its value was only recognized after it was used to successfully address urinary incontinence.

“It was initially used to treat urinary symptoms. Then people noticed that concomitantly their fecal incontinence also improved, and that is how it branched over to the colorectal world,” Kulaylat said. “SNS is good because traditionally our approach at helping fecal incontinence has focused on fixing the problem with the anatomy.”

“Other procedures, like putting in an artificial sphincter, have been fraught with complications, so SNS has emerged as a good solution that doesn’t really involve a surgery around the anus or any risk of injuring it,” Kulaylat said. “SNS addresses the underlying nerve and muscle weakness.”

Early data suggests SNS can be helpful in patients with low anterior resection syndrome, which can result in fecal urgency or incontinence, incomplete evacuation and clustering of stools. The condition typically affects patients who have had part or all of their rectum removed.

There are two different surgical pathways for SNS implantation, both of which require two-stage surgeries. Kulaylat performs the first pathway, which involves a one-hour surgery for placement of the SNS device3 and a two-week trial period to assess response, followed by a 30-minute procedure for permanent battery placement if the trial is successful.

For SNS placement, the lead is placed with X-ray guidance into the nerve canal in the sacrum, and test stimulations are performed to ensure it is stimulating the right nerve. Then the wire is tunneled into the site at the upper buttock — where the permanent battery will be placed if the trial proves successful — and tunneled out through the skin to a temporary battery. If the patient is a candidate for SNS, they can return to the OR to replace the temporary battery with a permanent one.

The second pathway involves placing a temporary lead into the sacral nerve tunnel in a clinic setting with fluoroscopic guidance under local anesthesia. The temporary lead can only stay in place for a week. If the one-week trial is successful, the temporary lead is removed, and patients can receive a permanent SNS device and battery implantation.

Patients with 50% or greater reduction in FI episodes during the trial period are considered to have a successful response to SNS therapy. Managing expectations for patients is key, as perfect continence may sometimes, but not always, be achieved. “We’re looking for a substantial improvement to help improve their quality of life,” Kulaylat said.

Both surgical pathways are outpatient procedures. Patients can expect soreness at the site and anesthesia-related fatigue for a few days but will generally recover quickly. Potential surgical complications include infection or device malfunction. If the device malfunctions, it may be removed. MRI compatibility is a problem of older SNS devices, but not the newer ones by Medtronic, which Kulaylat uses. Her patients can use one with either a rechargeable battery that lasts up to 15 years before surgery is needed to replace it or one with a battery that doesn’t require charging and lasts up to 10 years.

Kulaylat said FI is more common than we think and wants patients to know she can help them work through their options, both conservative and surgical when necessary. “The lifestyle limitations imposed by fecal incontinence are something that nobody should have to face alone,” Kulaylat said. “Seeing the patients come back smiling because they don’t have this weighing on them, that’s everything.” 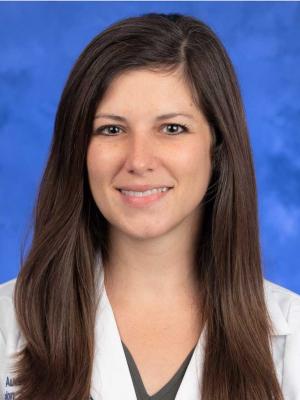