Most of these fluid-filled tumors are precancerous. The more common smaller cysts typically follow a non-aggressive natural history; however, some mucinous pancreatic cysts—ones that are > 1.5 cm, enlarging or have developed other high-risk features—are more likely to become cancerous.

Most pancreatic cysts can be managed with surveillance, which generally means keeping an eye on them with annual magnetic resonance imaging or computed tomography (CT). But this is costly and may take a psychological toll on patients who are living in fear of cancer. Additionally, with CT imaging, patients are also exposed to radiation and possible nephrotoxicity.

Researchers at Massachusetts General Hospital in Boston were the first to discover that by lavaging, or flushing, the cysts with alcohol after removing their fluid, approximately 30 percent of the tumors were ablated or destroyed. After this development, researchers in South Korea advanced the technique. Following the alcohol lavage, they infused the cyst with paclitaxel, a chemotherapy agent, which increased the ablation rate to between 50 and 70 percent.  “Now you’re talking about something that actually works,” Dr. Moyer says.

But there was a problem: in all cyst ablation trials to date, the alcohol lavage had an inflammatory and toxic effect that can affect adjacent tissue, resulting in a 3 to 10 percent serious adverse event rate.

In the Chemotherapy for Ablation and Resolution of Mucinous Pancreatic Cysts (CHARM I) trial, which ended in late 2016, Dr. Moyer led a team of investigators from interventional endoscopy, surgical oncology, hematology oncology, and investigational pharmacology at the Milton S. Hershey Medical Center who tested an alcohol-free approach to endoscopic ultrasound-guided mucinous pancreatic cyst ablation.

The prospective, randomized, double-blind study involved 46 participants. Patients were randomized to receive either alcohol or saline lavage, followed by infusion of a chemotherapy cocktail developed by Dr. Moyer that combines the chemotherapeutic agents paclitaxel and gemcitabine. At 12 months, 67 percent of patients who underwent alcohol-free EUS-guided cyst chemoablation had complete ablation compared with 61 percent of patients in the alcohol lavage group.

Next, Dr. Moyer will lead investigators at Penn State, Dartmouth College and the University of Indiana in the multicenter CHARM II trial, which will receive $2.7 million in funding over five years from the National Institutes of Health. In addition to verifying the previous findings in more patients at multiple sites, the trial will also test a few additional refinements, including a larger dose of the chemotherapeutic cocktail and two ablations instead of one.

“We’re hopeful that CHARM II will define this as a safe and effective technique in appropriately selected patients,” Dr. Moyer says. “If we can develop a way to minimally invasively eradicate these cystic tumors without a morbid surgery, you’re talking about a real advancement in a patient population that is in desperate need for better treatment options.”

The CHARM II trial will include 100 participants and will begin recruitment on Jan. 1, 2019. 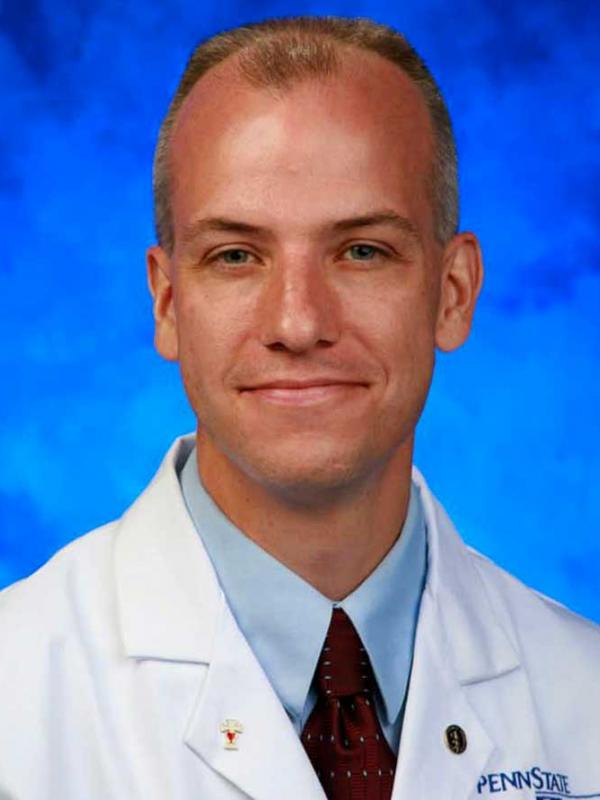