Researchers from the Department of Neurology at Penn State Health Milton S. Hershey Medical Center have been collaborating with scientists at the University of Michigan to examine whether the cognitive training approach known as mnemonic strategy training (MST),

which was originally developed for patients with traumatic brain injuries, could aid patients with mild cognitive impairment (MCI). Results from their latest study published earlier this year show great promise.

Study author Dr. Krish Sathian, professor of neurology, neural and behavioral sciences and psychology at Penn State College of Medicine, chair of neurology and director of the Neuroscience Institute said the main takeaways are twofold. “MST is indeed beneficial in MCI and superior to the controls we employed,” Sathian said. “MST is also associated with beneficial neuroplasticity in the hippocampus and neocortex in patients with MCI.”

The research also shows how the cognitive training techniques that clinicians use have widely different and poorly understood mechanisms, possibly resulting in improper use.1 Conversely, if clinicians were to recognize those variables, they would be able to employ the training method that best matches an individual patient’s needs and achieve better outcomes.

For example, in previous studies, Sathian and his colleagues matched exposure to the stimuli used in MST without providing training on the strategies.2 In the current study, they compared the use of MST to another cognitive training method known as spaced retrieval training (SRT), which slowly increases the amount of time between the performance of memory tests.

MST proved superior in both cases, and the researchers found that MST offers clear advantages. As the name implies, MST relies on mnemonics, which use patterns and associations to increase explicit memory of facts, figures and names. In comparison, SRT affects implicit memory (e.g., remembering skills and habits). In many cases, implicit memories tend to persist even when the individual experiences considerable impairment of their explicit memory, such as in patients with Alzheimer’s disease. Sathian said SRT should be used when it is most advantageous, “when patients experience more advanced impairments.”

Though MCI is often associated with neurodegeneration leading to dementia, this decline often comes with a plateau phase. Sathian believes this stage, when memory decline levels off for a period averaging four years, is the best time to utilize MST in an effort to advance functional gain. However, it is not an option for patients experiencing advanced memory deficits.

“To benefit from MST,” Sathian said, “a person must have sufficient cognitive function.”

The growing need for MST

According to the NIH’s National Institute on Aging (NIA), those with MCI are more likely to experience Alzheimer’s disease or another form of dementia, and up to 20% of individuals age 65 and older with MCI will develop dementia within a year.[i] People aged 65 and older are one of the fastest-growing populations in the U.S., with 80.8 million people projected in this demographic by 2040. Dementia cases will likely grow at the same level, further increasing the need for memory-protecting strategies.

Along with treating MCI, MST may be an appropriate treatment for other memory impairments. If the patient has retained sufficient cognitive function to deploy such strategies, MST may benefit patients with memory issues related to:

Sathian and his team also examined the neural circuits mediating improved function due to cognitive training. To perform this examination, they relied upon functional MRI (fMRI) technology, which identified changes of functional connectivity and brain activation.

The study engaged 59 participants, all who were right-handed and experiencing MCI. They were randomly assigned to one of two groups, each either undergoing SRT or MST.1

When participants engaged in SRT, researchers noticed a reduced activation in sensory cortical regions. Within the MST group, hippocampus and lateral and rostral prefrontal cortex activation improved while engaged in training. As learning and memory rely upon engagement of the hippocampus and other medial temporal regions, MST was deemed supportive for memory formation.1

“Our findings suggest that MST may be restorative,” Sathian said. “If this can be confirmed, it would offer great promise.”

Though observed only in a small group of participants, Sathian believes the results have immediate implications for referring physicians to consider.

“We would like physicians to consider the utility of cognitive training for their patients with MCI and refer patients to practitioners who can offer this treatment,” Sathian said, “including neuropsychologists and speech therapists. We offer MST in the Neurology Clinic and look forward to being able to help as many people as we can.”

What the future may hold

As research continues to develop medical therapies to treat MCI and other memory issues, the lead member of the research team, Dr. Benjamin Hampstead — who began this work with Sathian and others at Emory University 15 years ago — is investigating the effects of combining MST and neurostimulation (transcranial direct current stimulation [tDCS]). Sathian thinks this combination of therapies could lead to even better outcomes, and the largest steps in the treatment of MCI and subsequent mental decline will likely come from a proper combination of therapies prescribed to the proper patient.

“Disease-modifying medications for Alzheimer’s disease, the most common cause of neurodegenerative dementia, are on the horizon,” Sathian said. “Most likely, the first such treatments will, at best, slow disease progression, so that there will be an even greater need for cognitive training. My view is that there is a bright future for synergistic approaches, such as MST and tDCS, or MST and disease-modifying medications.” 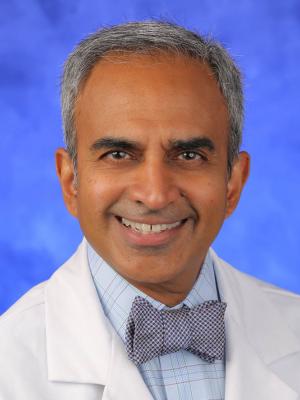