Used for decades to treat conditions of the spine, heart and liver, RFA has emerged during the past six years as a potential treatment for benign and cancerous thyroid nodules. A study published in 2015 confirmed RFA as a safe and effective alternative treatment modality in the management of benign symptomatic thyroid nodules. During the study, which included 33 patients (24% female, 76% male), nodule volume reduction was found to be at 74% six months following the RFA.¹

Goldenberg now offers RFA treatments in his office at Penn State Cancer Institute or on an outpatient basis at Hershey Medical Center. Patients receive a local anesthetic. During the procedure, which takes between 30 to 40 minutes, Goldenberg uses ultrasound to guide a needle and microelectrode probe into the affected area of the benign thyroid nodule. The probe then sends radiofrequency waves that cause friction and heat aimed to precisely target

nodules and tumors, causing the targeted cells to die.  Patients go home that same day and return to normal activities within 24 hours.

“Using RFA allows us to alleviate these patients’ symptoms even before total disruption of the nodule.” Goldenberg said. “My first two patients saw between 25% to 35% shrinkage of their nodules within a month, and both were very happy with the results. I expect total shrinkage of close to 85%.”

The majority of patients see their symptoms subside with one treatment. “However, patients with larger benign thyroid nodules may need a second treatment,” Goldenberg said.

Physicians should consider referring a patient to an otolaryngologist – head and neck surgeon when they report symptoms of thyroid nodules, which may include difficulty breathing or swallowing when lying down or sitting up, a feeling of fullness in the throat, or cosmetic concerns.

In the coming months, Goldenberg hopes to begin a clinical trial, currently under Institutional Review Board consideration, to determine the effectiveness of a handheld portable ultrasound machine (the Butterfly iQ+) for use in RFA treatment for benign thyroid nodules. “The device is compatible with iPhone or Android, fits in your pocket, delivers excellent image quality and is cheaper than traditional ultrasound equipment,” Goldenberg said. 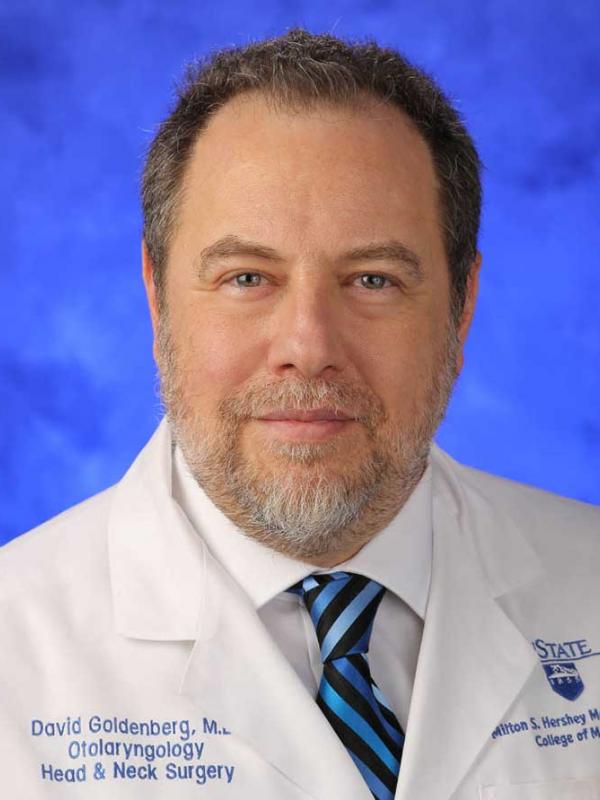