Neurosurgical practice has evolved greatly over the last decade, and has often been at the forefront of technological advancement.¹ Penn State Neuroscience Institute has increased its focus on fellowships and residencies to meet the growing demands of the field, including an increasing number of tumor resections and a trend towards coiling rather than clipping cerebral aneurysms.¹ Penn State Hershey features the largest number of fellowships in the country approved by CAST (Committee on Advanced Subspecialty Training, a committee of the Society of Neurological Surgeons).² Residents participate in a year of independent study, during which they may apply for one of the six CAST-accredited fellowships offered in peripheral nerve surgery, endovascular neurosurgery, functional neurosurgery, neuro-oncology, neurocritical care and spine surgery.²

This intense emphasis on education of the next generation of neurosurgeons clearly stems from the increasingly aging population of current neurosurgeons.¹ The seven-year neurosurgery residency program features neurosurgery staff members who, in addition to their bedside teaching throughout the week, set aside one day every week for detailed resident conferences, demonstrating the departmental commitment to its education mission. This extensive, scheduled conference day begins at 7 a.m. with tumor board presentations (or other working conferences) and proceeds throughout the day. Topics and focus areas cover a cerebrovascular multidisciplinary conference including neurology and neuroradiology, an operative conference, special topics that vary each week, and a yearlong biostatistics and clinical trial design course. Additionally, residents are given the opportunity of international study for up to one year in areas as diverse as Australia, India, Taiwan and Zambia.

Additionally, the residency program incorporates 12 months of neurocritical care as part of the neurosurgery core curriculum. Residents participate in a six-month neurocritical care rotation in their first year, followed by two months each of their next three years.

Penn State Neuroscience Institute leadership knows that a neurosurgery program is only as good as its residents and fellows. That’s why the team works hard to foster a strong education program, exposing residents and fellows to a wide range of treatment modalities, and then encourages residents to focus on one particular topic during their independent study year. Harbaugh concludes, “We’re educating the neurosurgeon of the future. We take our teaching mission as seriously as we do our work in clinical care and scientific research. The three are equally important.” 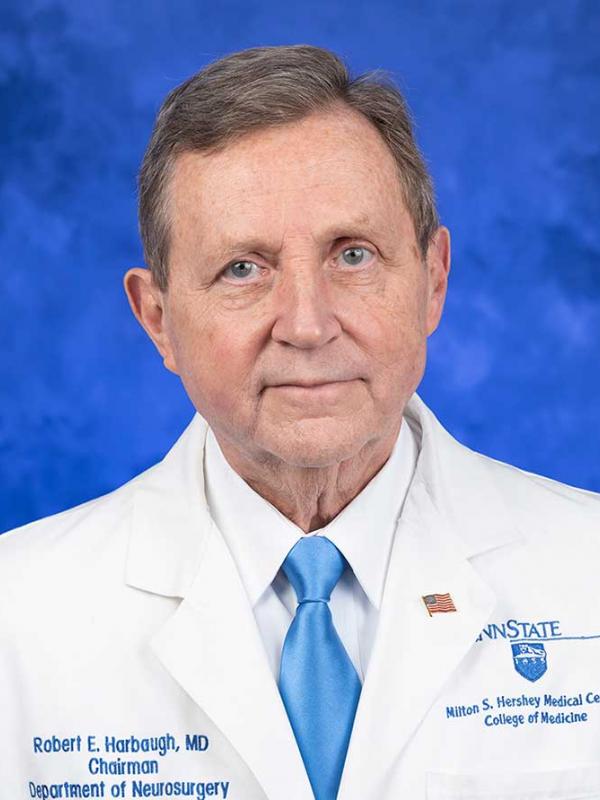