Since the Food and Drug Administration (FDA) approved the Pipeline® Embolization Device (PED) for flow diversion in large or giant wide-necked aneurysms in 2011 after the multicenter Pipeline for Uncoilable or Failed Aneurysms (PUFs) trial proved its safety and efficacy1, the revolutionary device continues to improve treatment of the most complex aneurysms. The latest version, the Pipeline™ Flex, features a vastly improved delivery system. According to Kevin Cockroft, MD, MSc, co-director, Penn State Comprehensive Stroke Center, “We now have the ability to reposition the device, which allows for more precise placement instead of always needing to hit the exact target on the first attempt, and this appears to have shortened the learning curve for clinicians.” Hershey Medical Center was one of the first in the country to offer treatment with the PED, and has performed close to 70 of the procedures to date. 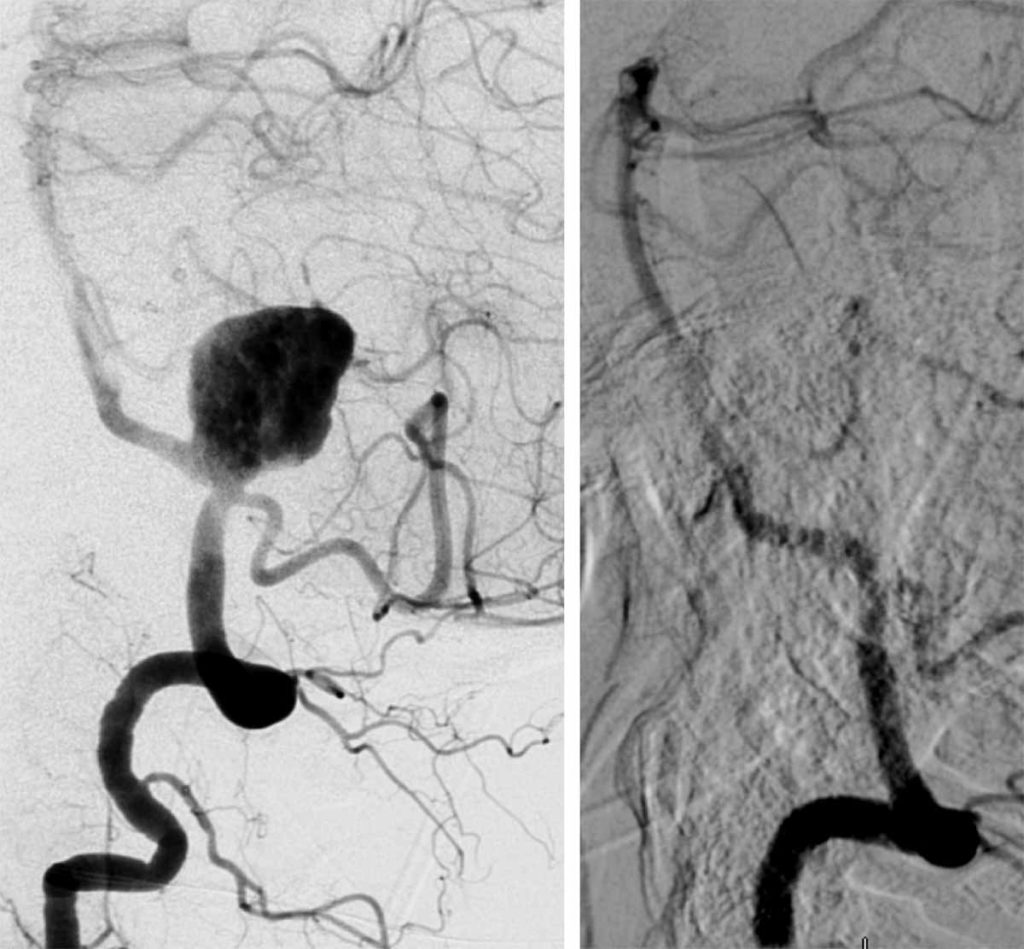 Digital subtraction angiogram in lateral view before and six months after treatment.

Clinicians previously had limited options to treat large and giant aneurysms, including surgical clipping and insertion of surgical glue or coils, which were associated with a variety of risk factors and inconsistent outcomes. The PED, especially the Pipeline Flex, is designed to increase surgeons’ options. The device uses a braided cylindrical mesh tube to divert blood flow to the aneurysm, and has resulted in high rates (73.6 percent) of complete aneurysm occlusion, even in aneurysms that have failed previous alternative treatments.1

Scott Simon, MD, assistant professor of neurosurgery, details one case in which a PED was placed in a 63-year-old female patient who was experiencing difficulty with ambulation. When knee replacement failed, her primary care practitioner ordered a cranial MRI that revealed a giant aneurysm (measuring 2.8 cm at its widest point) partially thrombosed and compressing the brainstem. An angiogram revealed the aneurysm off the left vertebral artery adjacent to the cerebellum, and could only be treated with a PED due to its complexity and location. The patient underwent an off-label PED procedure requiring a balloon placed through the contralateral vertebral artery to pin the delivery catheter in place. Dr. Simon elaborates, “Untreated, the mortality for this type of lesion would be close to 100 percent over two years, and the treatment options available before PED lowered that to approximately 85 percent.” In the PUFs trial, only 5.6 percent of patients experienced a major stroke or neurological death after six months.1 He concludes, “After the PED procedure, the patient had a wonderful recovery with no complications, and after many months of rehab, is almost back to normal.”

Drs. Cockroft and Simon believe the PED can improve outcomes for patients with other types of aneurysms as well, but a learning curve accompanies the device. It’s the reason Dr. Simon oversees a multi-site retrospective database of off-label PED procedures performed between 2011 and 2015 to establish the device’s efficacy in smaller aneurysms, and Dr. Cockroft serves as a regional physician proctor to ensure clinicians are properly trained in the device’s use. 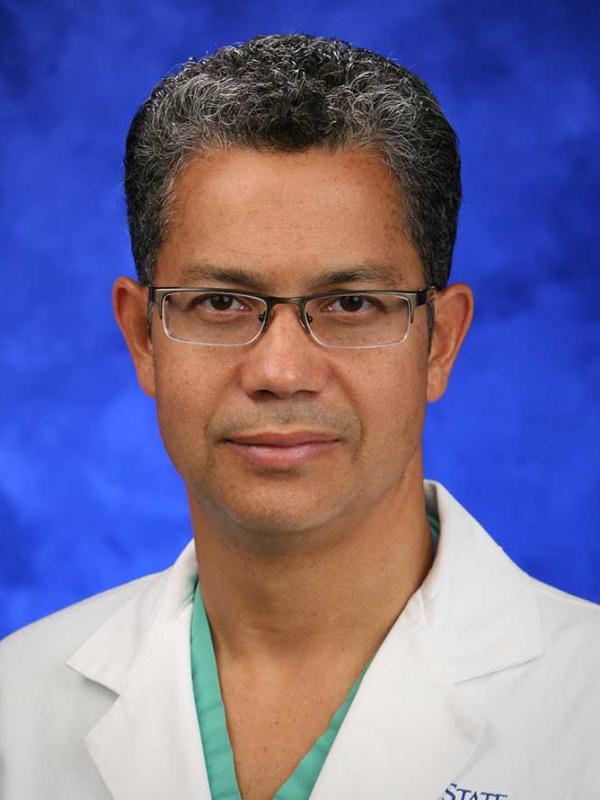