Technological improvements to both testing and treatment have revolutionized the field of epilepsy care in recent years. Clinicians seek to pinpoint the location of seizures to administer more targeted treatment. “There is a growing interest in identifying the seizure focus more precisely and noninvasively,” says Jayant Acharya, MD, medical director, Penn State Comprehensive Epilepsy Center of Penn State Neuroscience Institute.

One example of this breakthrough technology is dense-array EEG, a noninvasive diagnostic technique that records electroencephalography with up to 256 electrodes versus standard techniques that typically employ 19-21 scalp electrodes.1 Past research has shown that information is lost unless EEG sampling provides an intersensor distance of no more than 2 cm, which would require 500 EEG channels distributed evenly over the head.2 This 256-channel sampling technology can approximate adequate spatial sampling and identify the precise area of neurological dysfunction.2 Acharya concludes, “In our setting, the most important feature is that it’s much more sensitive and specific in terms of localizing the seizure focus.” 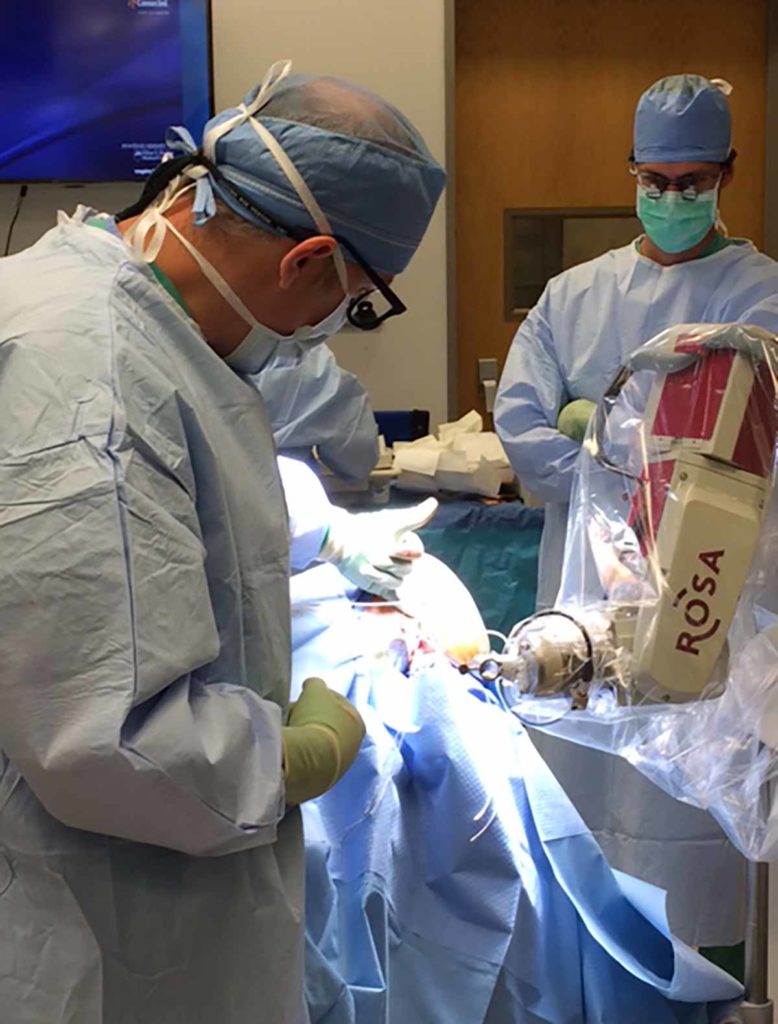 When more invasive diagnostic measures are required to pinpoint the source of seizure activity, implanted EEG electrodes are often necessary. According to Michael Sather, MD, surgical director, Penn State Comprehensive Epilepsy Center, two types of implantation are commonly employed: open surgery to place subdural electrodes directly on the surface of the brain, or a less invasive option where depth electrodes are placed in predetermined locations, which require small drill openings. An optimal method is the ROSA™ system, which Sather describes as “a robotic arm that allows us to input a patient’s scan data into its software and then proceed with precise placement of the relevant electrodes.” Both technologies have been recently introduced to the field, with Penn State Neuroscience Institute being one of the earliest adopters.

Another recent development is a treatment methodology called Aspire SR®, the newest add-on to vagus nerve stimulation (VNS) treatment. Recently approved by the FDA, the latest model includes a sensor for recording heart rate. The device senses the sudden tachycardia associated with an ictal event and automatically provides extra stimulation to try to abort a seizure. In the future, says Acharya, most new or replacement VNS devices at Penn State will use this model. “There is a lot of investment in this type of technology now,” he says. “The goal is to identify and treat seizures when or shortly before they occur. Within the next several years, there will be more new and exciting technological advancements to help us better manage our patients with seizure disorders.”